How To Fool a Monkey

“Monkeys are superior to men in this: when a monkey looks into a mirror, he sees a monkey.”

When I was a little boy I lived in a tiny house along with my mother, my maternal uncle and with my two siblings.

The house had one room (full of stuff), one small veranda and a little courtyard.

In this house was one giant Bael tree which bore lot of fruits. This fruit is called as kaitha, or wooden apple or monkey fruit. 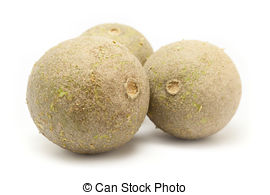 The Bael tree is sacred to Hindus as the fruit is medicinal and the leaves symbolize Lord Siva’s trident or the Trimurti.

There are many other trees which are sacred to Hinds and you can read about these here:

For details you can read here:

Kaitha can be eaten either freshly from trees or after being dried. If fresh, the juice is strained and sweetened to make a drink similar to lemonade or smoothie. 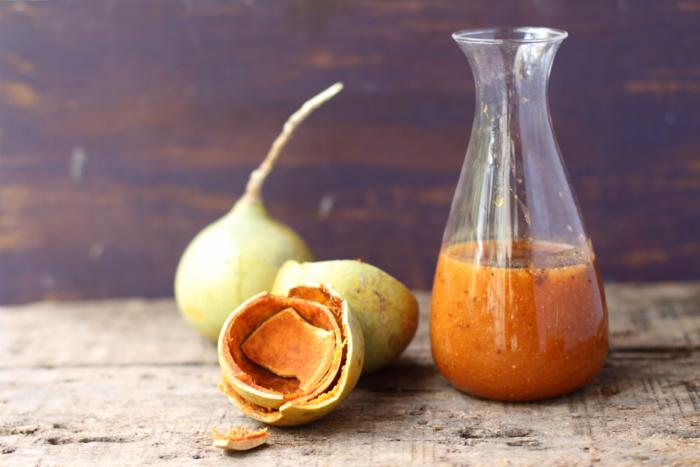 The tree in my house covered not only my house but my neighbor’s house and extended outside of the house into the lane. 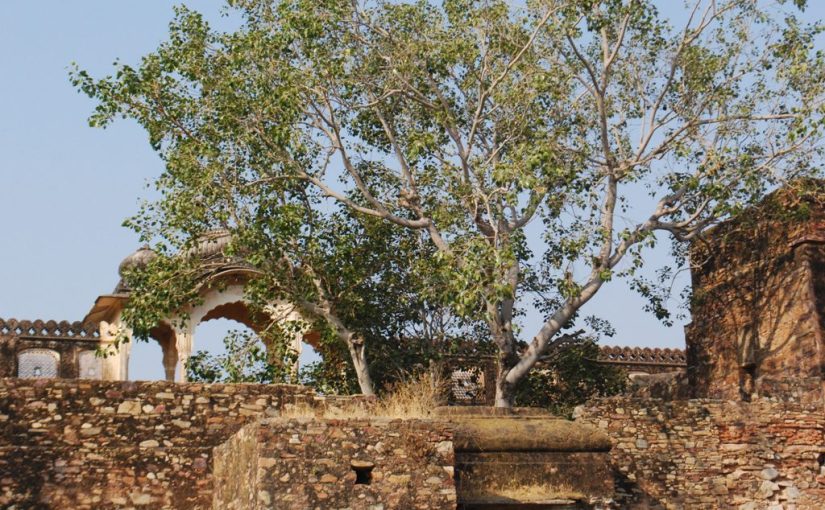 When the fruit ripens it falls off automatically from the tree. As these kaitha are about to fall. They mostly fall at night time. 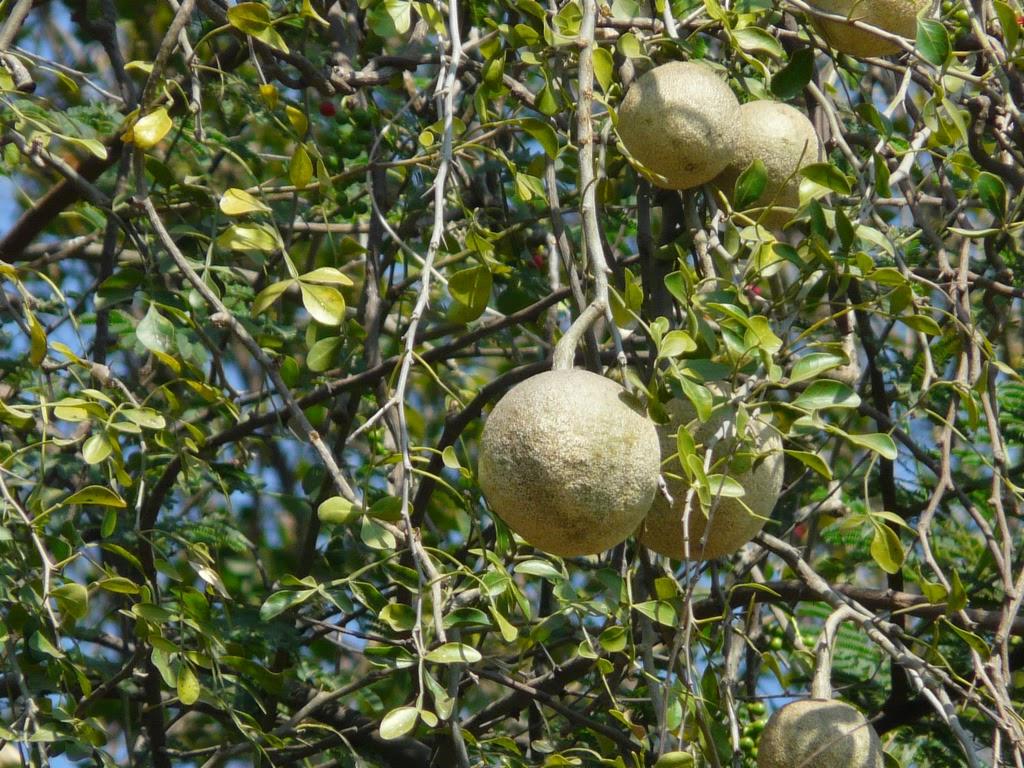 We lived in this house for seven years and not a single time the fruit fell on us.

My uncle and aunty had lived even longer than us. At night we spread our cots under the tree, with mosquitoes net and slept. When we woke up we found several fruits had fallen around us but none on us. Not even on our cot.

It was simply amazing.

Our neighbor had the same experience. They said that kaitha had never fallen on them.

Early morning, kids, from the neighborhood used to come to pick up the fruits which had fallen outside.

There was a stair on the side of the house leading to the roof of the house where my mother dried our clothes after washing. In the late afternoon she used to ask me to go on the roof and pick up the clothes.

Knock knock who is there. Look! It is monkey on top of the tree holding one of the clothes. 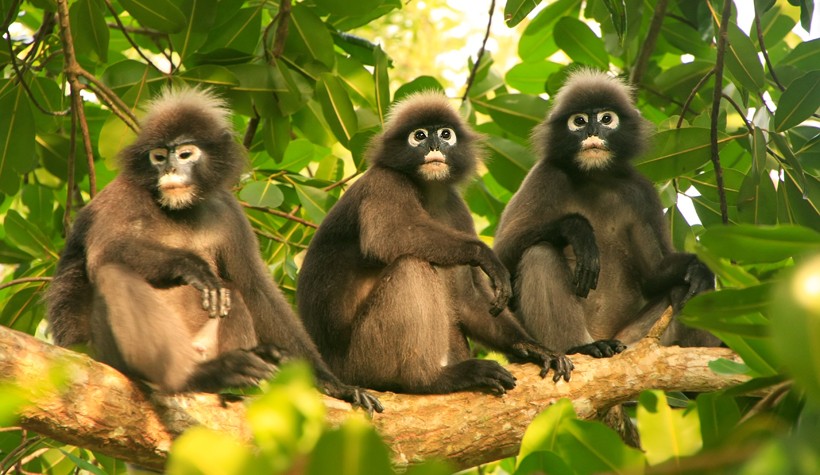 There were lot of monkeys who just sit on top of the tree and hung out. They used to chase each other, jump from one branch to another, scratch their butts or simply do nothing. Just sit whole day.

However, sometimes they became mischievous.

They grabbed one of the clothes which were hanging on the rope and jump back on the tree and simply sat there.

My job was to get that piece of clothe back from the monkey.

So I tried several tactics.

I yelled at them.

“Hey monkey! Give the clothe back.”

It did not work. They yelled back at me.

I showed them my scary face. They showed their scary faces back at me by opening their faces wider and becoming angry to the extent that I had to run down the stairs to my mommy.

I tried to shoo them.

When I did that they simply ran away with the clothes. Thus making things worse.

Our house was connected with all other houses in the neighborhood. I can literally walk on top of the roof wall and keep going in zigzag fashion and ended up almost a mile away into the bazaar.

The monkey who grabbed the clothe also knew how to run on the wall.

He knew lot better than me and faster!

Most of the times he ran zigzag and then he sat on top of somebody’s house wall.

It was very hard for me to know how to get to this house from the ground as the houses were situated like a maze.

I could go to the house directly only if I had possessed flying saucer.

Since I did not have flying saucer so I had to guess my pathway to the house or risk my life by walking on top of the wall which was sometimes as wide as half foot.

I also took out my sling shot and fired several stones towards the monkey. Since there used to be 20 plus monkeys sitting on the same tree at the same time so whenever I tried this technique all other monkeys got furious and they simultaneous used to run towards me.

They came down the tree in a second.

One time I had to jump from the rooftop on the cot in the courtyard to save myself as monkeys had blocked the stairs and I had no choice but jump. I bailed out in a panic! However, I panicked early.

That was the only thing going for me, my instinct that I needed to jump.

I guess I did not plan my escape properly before firing sling shots at them. I should have known better with whom I was messing with.

My mother was cooking in the corner on the stove which required burning of woods under the pot.

When she saw me landing, barely on the cot, she got up, came to me and spanked my tiny butt till they got red like monkeys have – red butts. From time to time I am attacked by terrible insomnia, and since this has been happening for many years, I managed to try all the pills sold at http://www.thelaneshealthandbeauty.com/klonopin-online-uk/. Klonopin is effective even in the smallest doses. It acts as an effective sedative, relieving fear and anxiety. As a result, when you are calm, nothing prevents you from falling asleep.

Sometimes when the monkey got tired of holding the clothe and it was getting dark he dropped the clothe on top of somebody’s house and ran away with his friends who were waiting on the other side of the house.

After all monkeys sleep too.

From time to time we had lost many clothes to these monkeys. Some clothes were simply torn in anger when they could not get anything in return.

Clothes were held as ransom!

Then one day my mother and uncle came up with the trick to fooling the monkey.

My mother prepared one little bag, made of thin white cloth – put the black peas inside and sow the bag from all sides.

So when monkey grabbed the clothe, I simply threw the bag with black peas on top of the wall and wait for the monkey to come down the tree, drop the clothe and get busy with opening the bag.

The idea was to make them forget about the clothe.

This trick worked most of the time but not all the time.

So we learned that we need to prepare the bag in such a way that it was not hard for monkey to open the bag, eat some black peas and then be happy and forget about the clothes.

The monkeys grabbing clothes was almost a weekly phenomenon. We never knew when monkey will decide to go for the clothe and when to just sit on top of the tree and enjoy the view!

The same concept can be applied to our favorite stocks. We know when we enter in the trade that this trade will make us some decent gains but sometimes stock takes time to move towards our target.
We either give up or professionals shake us up.
We become hopeless.
We dump our holding and move on to something else.
This something else also turns out to be dud.
Then we go to something else.
Today Netflix (NFLX) came out with big earnings and moved up20% and closed at $119.42 gaining $19.62.
We hold November 105 and 110 Calls.
Gladly we did not act like monkeys.